Moving from Google to Ethical Analytics

In 2015, the GDPR came into effect, bringing new regulations around consent. This was a big issue for Google analytics. Without legal access to geolocation data and now forced to get their users to accept tracking for personalised advertising, many of their techniques were redundant. More than that, without third-party cookie consent from newly enforced cookie banners, their tracking was totally ineffective.

This led to the creation of GA4 (Google Analytics 4), an updated version of Google Analytics designed from the ground up to circumnavigate the new world of data protection (by anonymising IPs) and work more efficiently.

So that brings us to today. Support for the old Google Analytics (Universal Analytics) ends on July 1 2023 and the new Google Analytics 4 requires significant changes which must be understood at the level of implementation and maintenance.

Furthermore, it seems likely that data protection laws will move to change the program again in the future and cause significant disruption to the knowledge held by business owners. Most recently rulings in Denmark, The Netherlands, France, Italy and Austria have classified Google’s current Analytics as in breach of GDPR regulations and company owners could face a six-month jail term for using it incorrectly (without IP anonymisation enabled). In addition to this, following Brexit there are questions about the future of data protection rules in the UK. Many see this as an opportunity to try to revert some of the more ‘annoying’ aspects of GDPR. However, others are concerned that this will erode protections around personal data.

Perhaps then, it is time to ask – what is ethical analytics?

Ethical analytics has one clear aim: To ensure a clear and structured approach to collecting data in a way that fundamentally complies with data protection laws and whose primary purpose is not the collection of personal information in order to sell to third parties.

It requires that all data is collected with fairness, transparency and accountability. It ensures fair practice and adherence to data ethics principles. It requires data privacy compliance and not using data in any way other than the intended usage.

In other words, an ethically driven analytics program only aims to understand generalised user behaviour and not turn that behaviour into a commodity.

We personally believe that users have a right to understand how their data is used and that it should not be sold to the highest bidder to promote products and services unless explicit consent has been provided for this. We also believe that data should be protected at all times and the people who hold that data should be personally accountable for making sure it cannot be used for any means other than its intended purpose.

While there are many Analytics services available, two specific services have emerged as leading the way in disrupting the market and putting cookieless privacy control at the centre of everything they do. These options are Plausible and Fathom.

To quote their website: “Plausible is lightweight and open source web analytics. No cookies and fully compliant with GDPR, CCPA and PECR. Made and hosted in the EU, powered by European-owned cloud infrastructure.” 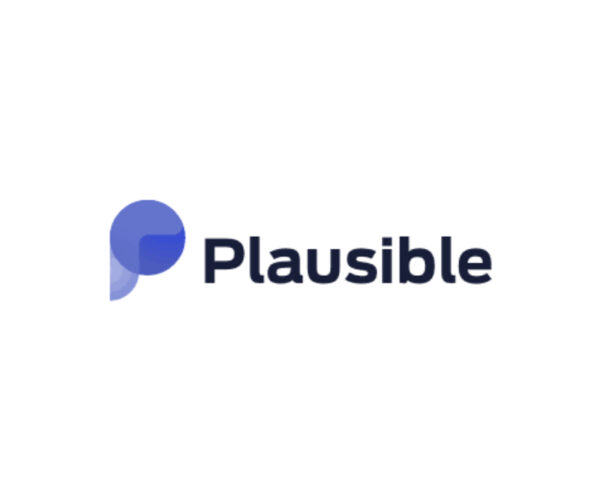 At less than 1KB in size, Plausible has no negative effect on website speed and reduces the power requirement behind the scenes by a factor of 40. Much like Google Analytics, it gives the option to track events and goal conversions with simple script and marketing campaigns by using UTM parameters in the URL.

Plausible is also sharable and transparent – you can choose to make your stats public so anyone with a custom link can view them. Being open source, the code is available to show exactly what data is collected and how. The real key to Plausible, however, is simplicity.

There are no confusing menus. No complex reporting systems. Just simple graphs designed to show you the information you want. Plausible does not monitor the data they hold, nor do they sell it. They also donate 5% of their profits to great causes. Additionally, they offer the option to host analytics in your own server environment, giving you complete control over data use.

Plausible analytics offers a way to see more of your website traffic and understand what that traffic does and how your website is performing. It allows you to use well-thought-out data collection to create conversion-driven advertising BUT it does not turn website visitor data into a commodity. This is ethical analytics at its core.

As one of the pioneers of privacy-focused analytics following the changes to the GDPR, Fathom is also a leader in the privacy-focused ethical analytics market. They offer a cookieless, GDPR and PECR-compliant analytics solution with the same features such as event tracking and campaign management with UTM URL tags.

While they are a Canadian company, their data is routed through European infrastructure with a European isolation solution and as a company, they have GDPR adequacy status. That means they are fully compliant with data protection laws and have no interest in collecting data or selling the data their users collect. As they say on their website, they sell software, not data.

Again the Fathom solution is designed on the idea of simplicity but also that there is a right and wrong way to operate. As a morally conscious company, its focus is on staying on the right side of the law and understanding the implications of the way its platform works.

The Fathom platform is also designed for eCommerce, giving more advanced statistics and offering a broader range of variables when it comes to reporting. While nowhere near as overly engineered as Google Analytics, Fathom does house more data to explore purchasing habits.

Plausible vs Fathom - who wins?

So firstly, both are viable cookieless GDPR compliant analytics options. Plausible is built for ultimate simplicity and transparency with the smallest possible data usage. Fathom is designed to collect data ethically but also give good insight into eCommerce behaviour (rather than just events or page views).

Secondly, AdBlockers. While Plausible collects more data than Google Analytics, Fathom has patented a way to collect website data even when users have ad blockers installed. Technically speaking, Fathom offers the most accurate picture possible of the number of visitors to your website.

Thirdly, pricing. Plausible charges 19 EUROS per month / 190 EUROS per year while Fathom charges 14 USD per month / 140 USD per year. Yes, Google Analytics is free, however, this price tag (or lack of) comes at the cost of your users’ data being sold to the highest bidder.

Fourthly, ethics. While both companies are ethically minded, Fathom has a strong legal team to manage data privacy requirements while Plausible is simply ethically minded to the core, focused on transparency, reducing carbon footprint with minimal code and donating profits to charity. Arguably Plausible is the shining example for Ethical Analytics providers.

If you are looking for a new privacy-focused analytics provider then both Plausible and Fathom are good options. For bigger websites, Fathom may seem the more sensible choice with the ability to create more custom reports.

For simple websites, we recommend Plausible because the code they use is excellent, empowering website ownership while thinking ethically about the concept of data itself.

Google Analytics software is outdated and, in fact, is now illegal in some countries such as Denmark and Austria which have shown it is not GDPR compliant. There is, however, one thing it can do that other platforms cannot. Google can track cross-device usage thanks to its login process – no other analytics provider is currently able to achieve this.

That being said, the final word is that the future is moving toward Ethical Analytics. That means giving users back control over their data and transparency about how that data is being used. Ultimately it is also about making a statement to show that shady practices in data capture are not a viable way of operating in the world of tomorrow.